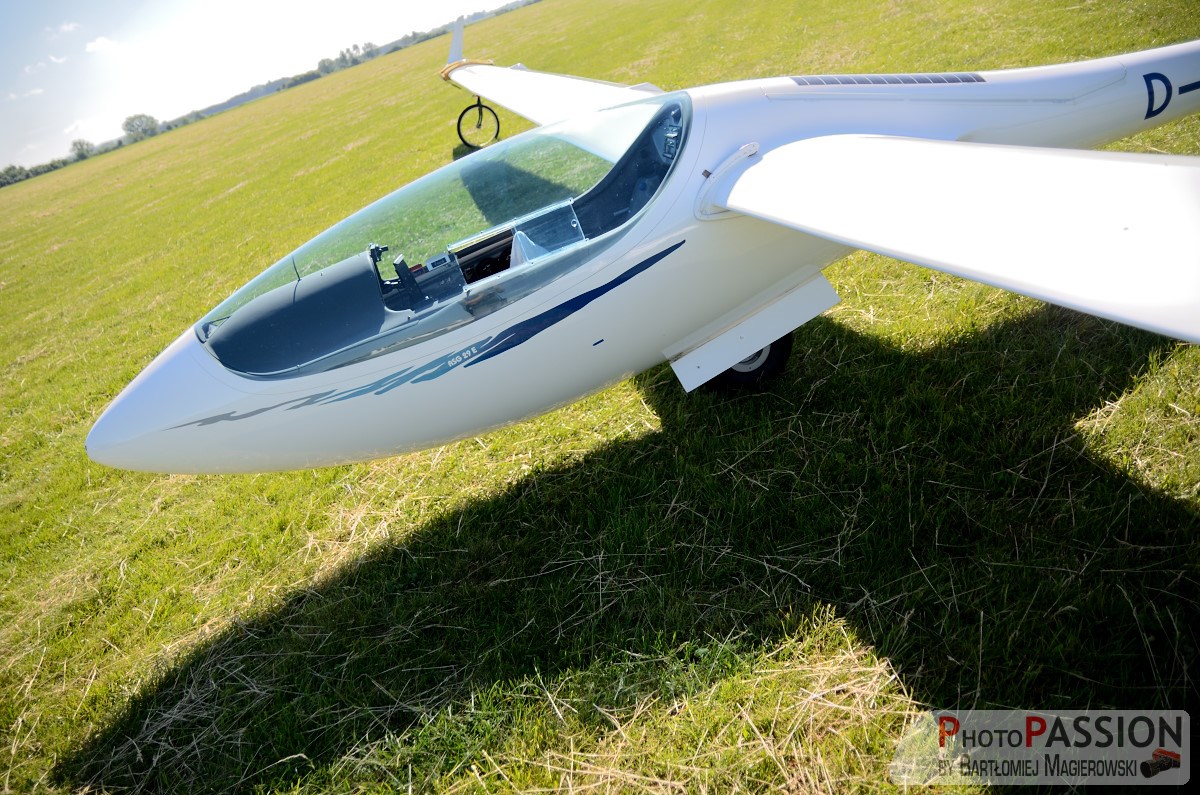 Once, many years ago, when I was a kid, in 90's I had chance to fly glider in Szymanow Airport during Children's Day. I remember it was special feeling, the moment when glider is released from pulling line, you feel like you are going to drop down on ground. After a while you hear wind sound and glider is moving up. I admire all pilots joining competition today. My favourite Sebastian Kawa, who flew over Himalayas by his sailplane. I had opportunity to talk with him for a while during first day of competition. I just feel unfair that this sport is not so popular and main media ignores it. Of course it is not MMA, where two guys are beating each other for money, but here we have group of intelligent, brave and skillful pilots who are racing with speed over 200 km/h, at least 1000 meter above the ground and the only power they use is vertical wind. We should admire them and pay more attention to this sport!

Back to first page

Did you enjoy Sailplane Grand Prix photos. Welcome to browse other gallieries!